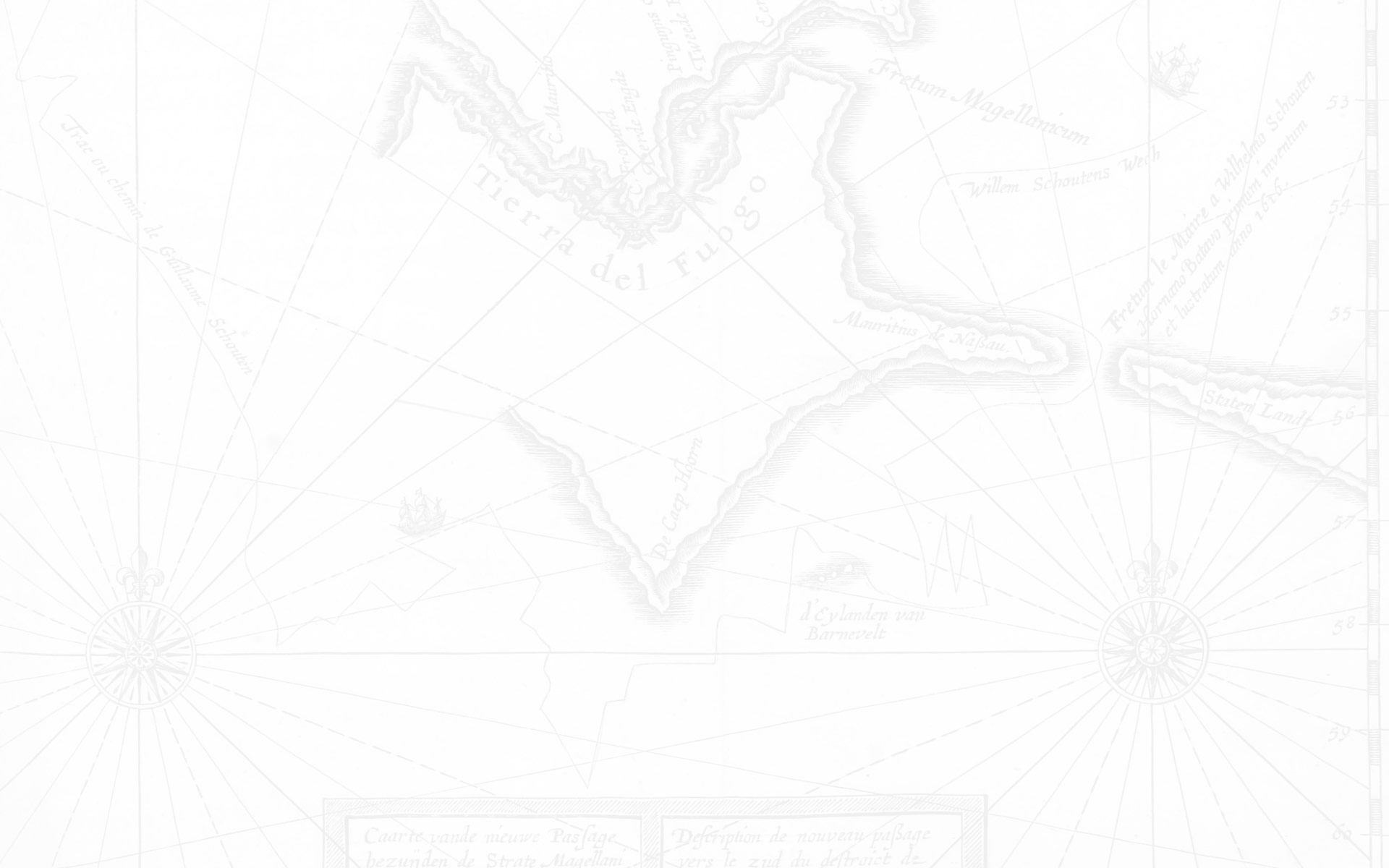 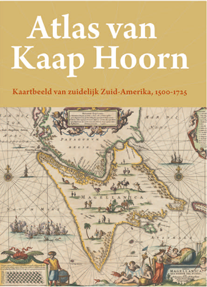 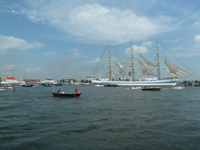 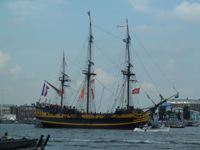 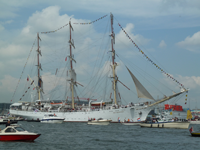 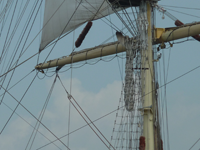 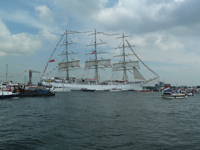 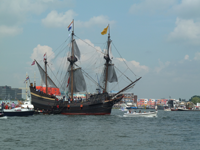 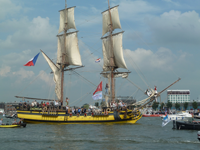 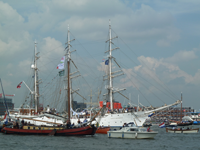 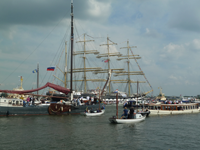 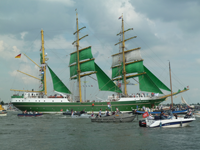 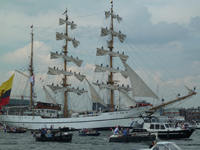 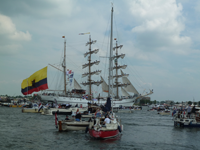 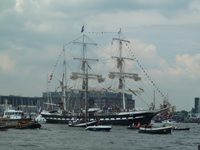 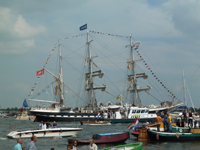 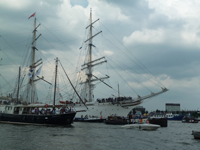 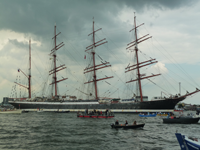 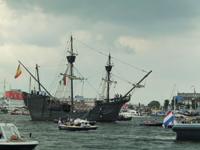 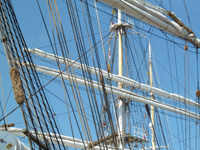 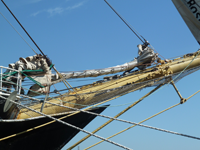 Cape Horn is the southernmost tip of the American continent, stretching far into the stormy sea area known as the Roaring Forties, because of the thundering west winds.  This cape was on the last route that was still viable for sailing ships carrying cargo, such as grain from Australia and nitrates from Chili to Europe.  On these trips, rounding the Horn, was at one and the same time the blackest hour in the already difficult existence of the crew and the high point of their seamanship.

Sailors who have rounded the Horn feel united and in 1937 this led to the founding (in France) of the Amicale Internnational des Capitaines au Long Cours Cap Horniers.  After the Second World War, when sail had disappeared, sections of the Amicale were set up in several countries.  After a time membership was opened to every one of all ranks who had sailed on cargo ships round the Horn.  The society of Dutch Cape Horn Sailors (De Vereeniging van Nederlandse Kaap-Hoornvaarders) was set up in 1959.  At the invitation of the municipality, Hoorn was chosen as the registered office as it was from here that the discoverers of the Horn, Le Maire en Schouten, sailed in 1615.

The Society flourished, with a membership of almost 100 still living Cape Horn sailors, and it had its own magazine in which member’s experiences were published. The last reunion was held in 1979 and in 1985 the dying society became a foundation which aimed at keeping the memories of the great days of sail – particularly round Cape Horn – alive.

The Dutch Cape Horners Foundation now has almost 500 contributors or « participants », most of whom are interested in the history of seamanship in the wider sense.  None have actually sailed around the Horn on cargo carrying sailing ships. The last member who actually did so, Captain Pieter G. van der Hoek, died on the 13th of June 2008 at the age of 92. On the other hand, the number of members who have sailed round the Horn in charter ships and yachts during the last three decades is growing.  Hoorn awards to the skippers of these ships a special trophy, whilst the Foundation awards the crews with a medallion.

Every autumn a get-together for contributors and 'participants' is held in Hoorn, with a talk and meal.  In the winter, talks are given elsewhere as requested.  There is also a documentation commission busy with research, which often leads to the publication in the autumn of a booklet about one or more memorable voyages under sail.  In the summer the antiquities’ room of the Foundation, Achterom 17, is open to the public on Wednesday afternoons.

The great voyages under sail around Cape Horn play a minor part in Dutch maritime history as they were too international and the presentation in museums is minimal.  To many, however, from the point of view of seamanship, the Cape Horn voyages are the most impressive in the history of sail.  The memories of these nautical achievements need to be preserved and the Foundation has pledged itself to do just that.  They hope for your interest and support.

On 29 January 1616 Jacob Le Maire and Willem Cornelisz. Schouten discovered the southern most tip of South-America and named this point  Cape Hoorn, the name of their hometown. Sailing through this unknown open water between Atlantic Ocean and the Pacific Ocean, they established the basis for greater expansion of worldtrade with sailing vessels, than passing through Strait Magelanes. The Dutch charted Strait Le Maire and other coastlines in this area and around Cape Horn and then continued to the East-Indies. In 1643 admiral Brouwer established that Statenland was actually an island and not connected to the imaginary Terra Incognita. ‘ He concluded that the wide open sea to the south was much better suited for safe navigation between the Atlantic and Pacific. ‘

A publication of the Dutch 400 Year Cape Horn Foundation and Thoth Publishers. 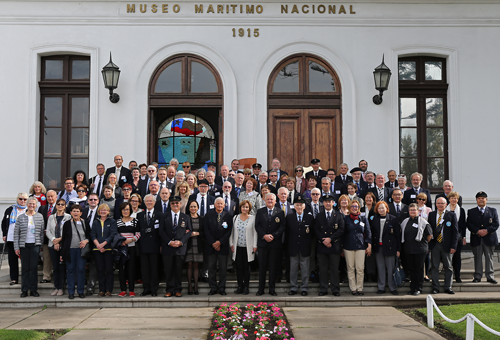 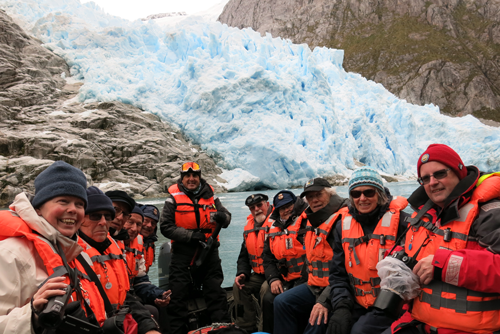 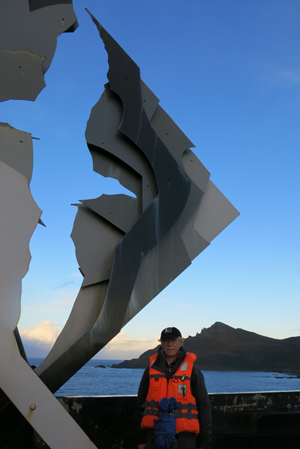 In the spirit of Cape Horn